Shaun White snowboards there, Lance Armstrong had the Trek Madone custom-made for him so he could tour there and you too can experience the extreme side of Italy in almost every part of the peninsula. If you like adventure travel, you can walk on the wild side in Italy along the canals of Navigli, Milan’s chic club district or get physical hiking, mountain biking, horseback riding, rock climbing, skiing, ballooning, snowboarding or sailing and wind surfing on Italy’s largest non Alpine lake, Lake Trasimeno. My Umbrian friends from Perugia grew up sailing the lake and say it’s the best. For a sense of history climb to the bluff above the lake to see where Hannibal’s rout of  two Roman legions  in 217 BC took place. Over 15,000 legionnaires died and it was said that the lake turned red with the blood of Roman soldiers.

Dude ranches in the Maremma, driving to the high cliffs of  the monastery at La Verna, caving the wells of Umbria, exploring the secret underground passages of Bologna, hang gliding in the Dolomites will satisfy your sense of adventure and challenge even the most extreme sports enthusiast. Did you know that Italy has some of the most extreme golfing in Europe? Although it has been described technically as moderate, the Molino del Pero Golf Club in the Emilia Romagna Apennines is situated on such a steep rise from the Savena Valley that the first few holes have been called “the stairway to Heaven”.  When I was there most golfers were carrying their own bags over the hilly, 18 hole course with its sloping fairways which I thought was pretty extreme. I on the other hand made my way to the clubhouse for a panino and a cold drink and will confine my need for speed to a drive through the streets of Maranello in my touring Ferrari, truffle hunting in San Giovanni d’ Asso and raiding an occasional Etruscan tomb (just kidding about the Etruscan tomb!). 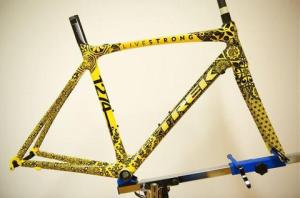 Vampires at the Table in Italy

Soup Season in Italy – The Gastro-Vocabulary of Italian Soups